Pardon my conformity, but I don't wanna not make a Top Albums of 2015 list, Y'know? No arbitrary number of entries or forced-order ranking here; these are just some thoughts on this year's albums that are still in my thoughts.

Lands & Peoples by Bill Mallonee
-Somehow, Bill has neither slowed nor faltered in his output over the last 25 years. Lands & Peoples is the strongest album he's made in his home studio in New Mexico, and perhaps also the most populist. Living up to its title, the album explores what might be called "The American Experience" without succumbing to the saccharine, the preachy, or the despairing. Bleak it may be, but also beautiful--the desert landscape shows up literally and metaphorically throughout this collection. Bill has really honed his arranging and producing skills, layering nuanced guitars throughout.

Recommended Pairings: A fluffy dog, a picture-book of American History, and a fireside chat.

Alone In The Universe by Jeff Lynne's ELO
-In 2001, Jeff Lynne took back full ownership of the Electric Light Orchestra name, releasing one of the 21st Century's rock n roll masterpieces. Due to our collective failure to so much as take notice, it took the length of ELO's original run for us to get another full-length collection of new songs from Mr. Lynne. And he made sure to give us another masterpiece. Alone In The Universe most definitely is not Out of the Blue 2, but it is a stunning collection of concise pop gems, reminiscent of Lynne's best work from the mid-80's and largely in step with the "bonus track" material he's leaked out over the past decade. If I were to pick a #1 album for the year, this would be it.

Recommended Pairings: Stargazing, holding on tight to your dreams, and black-and-white footage of Roy Orbison.

Why? by They Might Be Giants
-TMBG have released an insane amount of new material this year, but the best start-to-finish experience comes to us on this children's album. Returning to the free-for-all format of No!, the Johns (and Dan, Danny, Marty, and Robin) do what they usually do: these songs are clever, fun, and informative. Why? treats its listeners as real, meaningful, complex, and goofy people, and I hold out great hope for the future if "the kids took over."

Recommended Pairings: Trips to the library, dance parties with your underwear on your head, building something with Legos.

Test Test Test by Dw Dunphy
-Originally trickled out track by track, Test Test Test comprises pop hooks, cinematic ambitions, and complex ambient pieces. Dunphy's production continually improves, allowing his trademark guitar and keyboard sounds to come through clearer than ever. No lyrics here, but Dw tells a number of stories, with both the soundscapes and the song titles plenty evocative. Progressive instrumental pop; good to the last drop.

How Big, How Blue, How Beautiful by Florence + The Machine
-Previously, I was aggressively ambivalent concerning the music of Florence Welch. I loved the art-rock ambitions, but despised the lukewarm execution; the production, lyrics, vocals, and percussion all gave me cause for complaint, yet I wanted to like it. On this third LP, Florence has opted for full-on 70's pop-orchestra arrangements and rock n roll drums, and she's left out the vocal wish-wash I disliked. The result is lush. It's sophisticated. It's art-rock, it's indie, and it's Top of the Pops. My ambivalence has vanished.

The Moment Before You Arrive by Mike Indest
-Dw Dunphy lends arrangements and production to Indest's vocals and ukulele. Lyrically earnest, melodically immediate; call it a low-concept song cycle, or a highly ambitious singer-songwriter EP. This is indie rock that says something without shouting or faux-whispering. The Moment Before You Arrive is accessible, challenging, and simultaneously genuine, which I find to be a rare combination these days.

Recommended Pairings: A cup of black coffee, recovering the lost art of letter writing, and lighting some unscented candles.

Endless Forms Most Beautiful by Nightwish
-Floor Jansen is a goddess, and she has blessed Nightwish with their finest album since they foolishly parted ways with Tarja. A progressive concept album, this nevertheless veers toward pop as often as it does toward metal and Prog; Endless Forms Most Beautiful combines pretension, aggression, and not a little condescension with melody, wonder, and gratitude. This one has stayed in my car probably longer than any other album of 2015. 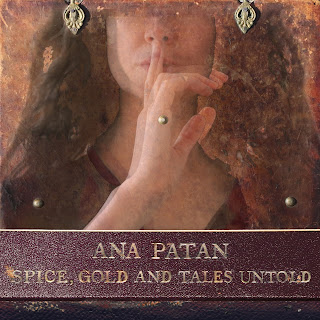 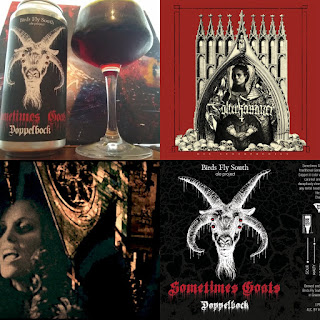